Carter House is believed to be one of the oldest Bermuda vernacular farmhouses in St David’s and indeed Bermuda surviving largely in its original structure and form for over 3 centuries. The House is now a museum preserving the one of a kind culture and history of the St David’s Islanders.

The museum exhibits whaling, piloting, fishing, boat building, farming and sailing through the St David’s Islanders themselves, their homes and occupations. The early life on St David’s was poor but happy and wholesome, and is cleverly illustrated by the house itself and the stories it contains.

Learn about Martha Hayward’s Palmetto hats, the Hump Back Whale, Ambergris (see the real thing), The family tree of the Hayward’s, The life of the ships Pilot, the important 14 foot dinghy, ghosts, the history of the claw hammer (fascinating) and the tools used in 1612 and so much more. 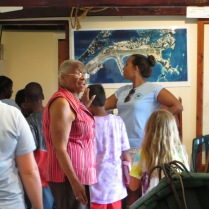 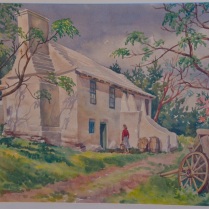 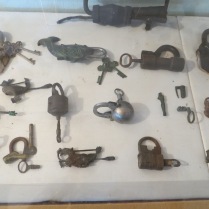 Carter House was originally Southside House but was renamed when it was realized that the great granddaughter of Christopher Carter, Martha Hayward, lived there until she died in 1791 at 114 years of age! Christopher Carter, having survived the Sea Venture wreck in 1609, remained on the island whilst the others sailed onto Jamestown, until his death in 1624 when he and his wife were killed by an explosion of the gunpowder store on board the Sea Flower in Castle Harbour. The ship promptly sunk. This wreck has never been found. Ironically Carter House directly overlooks the site of this accident as if a memorial to the first Bermudian.

Carter house overlooks Nonsuch Island the home of the very rare Cahow bird thought to have been extinct since the 1620’s. Learn how they were rediscovered in the 1950’s and have now been repopulated successfully on Nonsuch.

The site for Carter House was well chosen, nestled into the hill facing southeast with a commanding view of the most accessible harbour in the 1600s with unique surviving early stone fortifications dating from 1612 plainly in view. This view largely undisturbed can still be observed from the Carter House steps. We regard this view as precious and very special as the last remaining original view from Carter House, a testament to the natural beauty and serenity of what must have been.

The US Base brochure on Carter House relates a ghost story. A couple lived in the house and one evening at 5:30 the wife who was in the kitchen below heard her husband enter the front door and walk across the wooden floor as he always did at this time….But upon calling out to him she learned that he was not there. Later she was told he had died in St Georges at 5pm.

There were 7 Carter graves nearby to the south east. All were removed by the US Base and buried at Chapel of Ease in 1942. Their spirits have been restless ever since.
History relates that the Carters had a “lunatic” daughter who was locked up in the lower north room.

Our curator, Carol Hayward, a descendant of the Carters claims to have supernatural sensitivity and will testify to her experiences and awareness of a ghostly presence at Carter House.

Our curator will tell you that sitting at the entrance desk she felt someone touching her hair on the back of her head. Our curator has also observed strange phenomena such as moving shapes on the security camera in the lower floor room.

“My dog who I have taken to Carter House many times, on one occasion seemed unsettled and was barking anxiously at me as I sat at the desk. I thought she wanted to go out but she moved to the other side of the room, looked at me around the side of the boat display and continued to bark at me. I beckoned her to come back to the desk and relax but she refused. I got up to take her out and upon opening the front door she bolted out”. [The President]

Finally, this photo of Carter House was taken years ago. It was only much later that the fuzzy brown figure of a man standing to the left of the welcoming arms in the corner was noticed! There is no explanation.